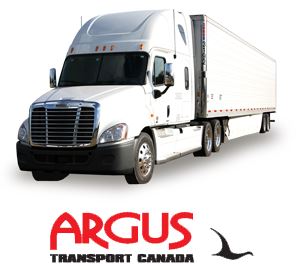 ARGUS has been transporting all size (20′-40′-53′) ocean containers between Quebec and all North American points for over 40 years. We deal extensively with importers, exporters and freight forwarders to move thousands of containers each year.

Most Significant Lanes of Activity

Having our hub terminal in St Laurent (Montreal) QC has led to significant activity between Port of Montreal & Montreal Rail Terminals and Quebec, Ontario and all US States. Many Ontario importers count on ARGUS to rapidly pick up their containers in Montreal and deliver the next day to most points in Ontario including Toronto, SW ON, and St Catharines.

ARGUS Transport plays a key role in transporting containers between Montreal terminals and the USA. The key States for drayage include NH, NY & VT. All remaining States are serviced as well.

ARGUS hub terminal in Montreal incorporates a CW Sufferance Warehouse – allowing placement of freight “in-bond” pending final delivery to the USA. It is common practice for our highly trained warehouse personnel to empty containers having mixed shipments delivering to QC, ON and the USA. ARGUS takes care of the de-stuffing and final delivery including re-manifesting for the “in-bond” portion of the move. We also offer complementary services such as palletizing, sorting and stretchwrapping